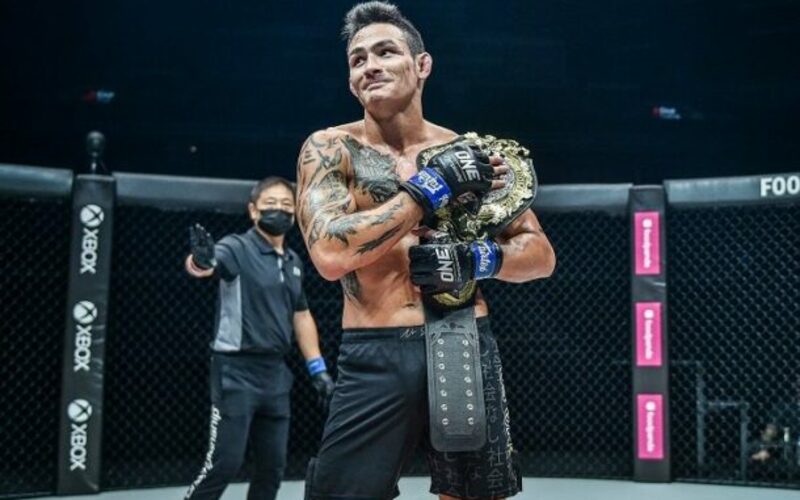 Thanh Le has his next adversary set. The reigning ONE featherweight champion will fight Tang Kai in the main event of ONE 160, which takes place on August 26th in Singapore. The fight was announced on a media conference call with ONE Championship this morning.

After failing to secure a contract on Dana White’s Contender Series, Thanh Le has turned in the best years of his career. The 36 year-old trains out of Falls Church, Virginia, alongside wizard grappler Ryan Hall. Also a veteran of LFA and The Ultimate Fighter, Le recently earned his BJJ black belt.

In ONE Championship, Thanh Le is undefeated in five fights. The upcoming battle with Tang Kai will mark his second title defense. He smashed through Garry Tonon at ONE: Lights Out last March, handing the famed grappler his first loss. The American striker has finished every one of his pro wins and never gone to a decision.

Tang Kai, on the other hand, has punched his way to a number one contender spot. The Chinese fighter out of Tiger Muay Thai is also undefeated in ONE Championship, with his most recent victory a commanding knockout of Kim Jae Woong. Born in China’s Hunan province, Tang made the rounds in Rebel FC and Kunlun before heading to ONE Championship.

Additional bouts for ONE 160 are expected to be announced in the following weeks.

Hours after ONE 160, ONE makes their broadcasting debut on Amazon Prime with ONE 161, which is headlined by a flyweight rematch between Adriano Moraes and Demetrious Johnson. That event takes place in US prime time, while ONE 160 goes down in Singapore prime time.