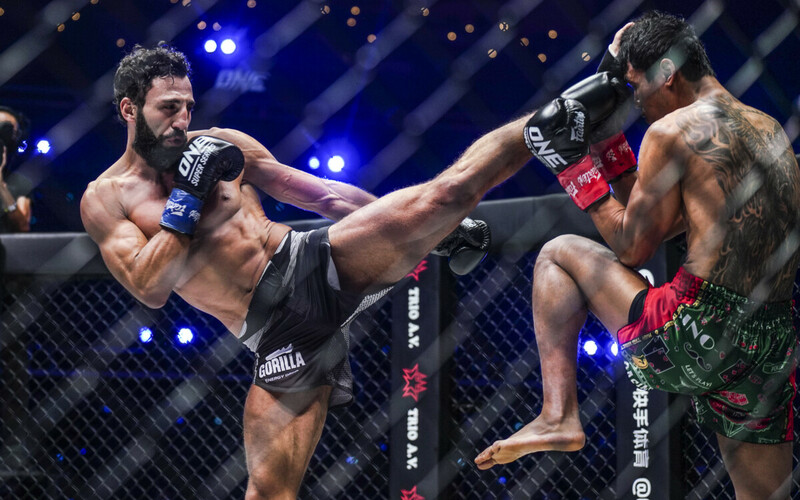 Karim El Amri did not need a second ten-count when he landed a thunderous head kick knockout against Khalid el Moukadam at Enfusion 114.

The Croatian heavyweight powerhouse Antonio Plazibat will always find an opening to win his fights. Tarik Khbabez was landing effective combinations however Plazibat continued to walk him down. He only needed one punch to end this fight at GLORY 80 Studio. Antonio Plazibat is looking to face Rico Verhoeven in 2023.

Taito Gunji would continue one of the best years a fighter has had on record. The Japanese-born athlete would out-class Shuhei Kumura in the semi-final of the 2022 K-1 Featherweight World Grand Prix. With a series of knees and combination strikes, Taito Gunji proves that he is the far stronger fighter.

Leona Pettas is one of the most exciting fighters in today’s combat sports. In the semi-finals of the 2022 K-1 Super Featherweight World Grand Prix, Pettas would go to war and brutally KO’d Tatsuya Oiwa with a flying knee.

Qasham Mammadov landed a thunderous spinning back kick in the first round to brutally knock out Majid Shahriyari at Loca Fight Club.

Japanese kickboxer Tomoya Yokoyama got an impressive head kick knockout against Greece’s Stavros Exakoustidis at K-1 World GP 2022 Yokohamatsuri. His third-round knockout was earned by setting up the kick with a series of knees.

This is one of the most brutal knockouts of 2022. Yuki Kasahara drops his opponent with a series of punches but finishes him with a flying knee. Motoki was out cold at RIZIN 34.

With impressive aggression, Chingiz Allazov proves why he is one of the best in the world at 155 lbs. In less than two minutes, Allazov dropped and knocked out Jo Nattawut with a series of lightning-fast punches. Allazov would later capture the ONE Featherweight Grand Prix Championship. Allazov will next face the ONE Featherweight World Champion Superbon Singha Mawynn on January 13.

It was a back-and-forth war before Matthew Daalman kick found a home. Muhammed Simsek. It was a single-round battle in which Daalman was dropped twice, before landing a head kick to earn the victory. This battle was for the vacant Enfusion Bantamweight Title.