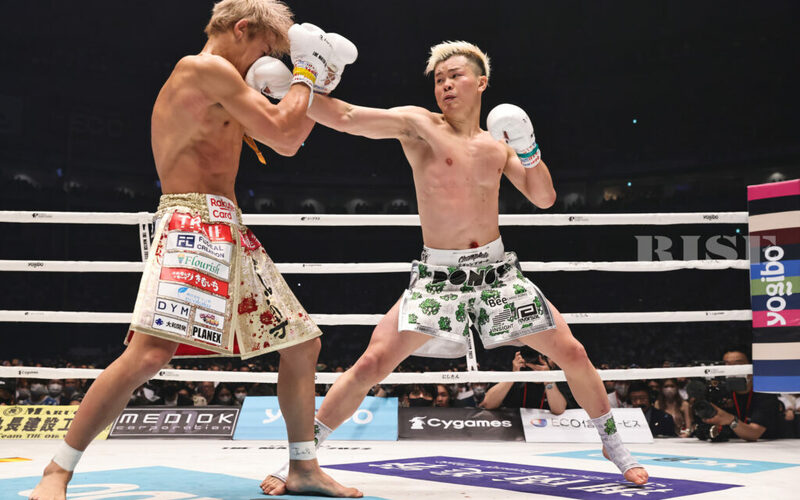 Who are the top ten kickboxers of 2022? Who had the best year in kickboxing and who is the fighter of the year?  Kickboxing had a marquee 2022 with some amazing bouts this year. The list for the Top 10 Kickboxers of 2022 can be found below. This list includes fighters from ONE Championship, K-1, RISE, and GLORY Kickboxing.

The ONE featherweight kickboxing world champion Superbon Singha Mawynn defended his throne against the former Kunlun, K-1, and GLORY Kickboxing champion Marat Grigorian. Superbon will next Chingiz Allazov, a K-1, WAKO, and ONE Grand Prix World Champion, at ONE on Prime Video 6.

Toma Kuroda has had an incredible redemption in kickboxing. After one loss early in 2022, he would win three in a row to pick up the 2022 K-1 Bantamweight World Grand Prix and the inaugural K-1 Bantamweight title. The Italian-Canadian Jonathan Di Bella kept his unbeaten streak alive this year and captured the ONE Strawweight Kickboxing World Championship. He performed a masterclass fight against the Chinese-born kickboxing phenom Zhang Peimian in an unforgettable war.

The Ukrainian ONE Light Heavyweight World Champion Roman Kryklia defended his throne and picked up two wins at heavyweight to earn the ONE Heavyweight Grand Prix Championship. All three fights of his fights were won by knockout.

The GLORY Lightweight World Champion Tyjani Beztati defended his throne twice this year in absolute masterclass fights. The young Dutch-Moroccan is on the trail to greatness.

The Croatian knockout machine Antonio Plazibat earned two thunderous victories this year in GLORY’s heavyweight division. With his multiple stoppages wins, he put himself in line to face the heavyweight king Rico Verhoeven.

‘The Professor’ Petpanomrung Kiatmuu9 earned a flawless victory when he defended his GLORY throne earlier this year. Additionally, he captured the RISE Super Lightweight World Championship when he defeated Kento Haraguchi. He is a world champion between two illustrious organizations. He has a third kickboxing match booked for later this month.

The kickboxing phenom Tenshin Nasukawa earned one of the best pound-for-pound quality wins in history when he defeated his cold-war rival Takeru Segawa at THE MATCH 2022.

The RISE Bantamweight Champion has had a highly unforgettable 2022. Masahiko Suzuki has gone 4-0 this year with one more fight still scheduled. This kickboxer is building a reputation for being one of the most exciting fighters currently active.

1. Taito Gunji – Fighter of the Year

Taito Gunji had an incredible 2022. This Japanese K-1 kickboxer earned five impressive wins this year. Along the way, he captured the 2022 K-1 Featherweight World Grand Prix, winning most of his fights by way of KO/TKO.