With KSW set for their first event of 2020, KSW 53: Reborn on July 11, 2020, the bouts are starting to come out fast and furious. Three more lightweight bouts have been added in addition to the lightweight unification title bout already named. The event will be broadcasted on the newly created KSW app and KSWtv. About five weeks out, this is typically the time for KSW to start pouring out the matchups. Here are three bouts that have been added to KSW 53.

Former KSW welterweight champion, Borys Mankowski (20-8-1) will face off with the “Polish Zombie” Marcin Wrzosek (14-6) in what will absolutely be a barn burner of a fight. The former champion turned the corner in the right direction, rebounding off of a three-fight losing streak. Mankowski ended Vasa Bakocevic with a first-round submission. He is a very balanced finisher with 11 of his 20 wins coming by way of finish.

Wrzosek, known fondly to KSW fans as the Polish Zombie, is a fighter that will keep coming and bring the pressure. The former UFC TUF 22 fighter has been with KSW since KSW 35. Wrzosek is a former KSW champion in his own right, serving as the former featherweight champion. He currently has a 4-3 record in the organization but all of his losses have come to champions at the time, except one which was for the interim title. The Polish Zombie is a grinder and will push his opponents to the edge. If Mankowski cannot catch Wrzosek in a slick submission, Wrzosek might be able to grind one out.

Another former KSW champion, Artur Sowinski (20-11) will battle with the hard-hitting destroyer of Gracjan Szadzinski (8-3.) Sowinski is KSW’s inaugural featherweight champion, winning the title at KSW 33. Ironically enough he dropped the title at KSW 37 to Wrzosek, also competing on the card. Similar to Wrzosek, don’t let the record fool you. His losses have come to the very best the organization and the world have to offer. The 33-year-old is a finisher with 14 of his 20 wins coming by finish. His last victory was a knockout of Vinicius Bohrer in less than one minute at KSW 52 in December 2019.

Szadzinski is plain and simply a seek and destroyer. Six of his eight victories are by way of knockout. When Szadzinski knocks out his opponent, it’s highlight-worthy. The “Terminator” is coming off of a decision loss to a top-ranked opponent in Marian Ziolkowski at KSW 48 in April 2019. Prior to the loss, Szadzinski dropped all three of his previous opponents with first-round knockouts. This goes without saying, if Szadzinski can land a highlight-reel knockout on a former champion, his stock will boost up.

Roman Szymanski (12-5) has been tasked with the difficult assignment of welcoming recent signee Mateusz Legierski (6-0) to the KSW cage. With six bouts under the KSW banner, Szymanski is no stranger to the bright lights which he makes look to as an advantage. With a solid 4-2 record, his only losses are to the Polish Zombie and current interim featherweight champion Salahdine Parnasse. Szymanski is another of the lightweight grinders, winning his last bout with a tough Milos Janicic at KSW 51 via unanimous decision.

The newcomer Legierski left Oktagon as their undefeated champion. The 23-year-old looks to be the next hot Polish prospect. Five of his six bouts have ended by finish. The last was a split decision victory over the very experience Miroslav Strbak (18-9-1) at Oktagon Prime 3 in February 2020. This matchup will serve as your typical deadly striker vs grinder style fighter. If Legierski wants to continue his evolution as Poland’s next top star, this is a crucial matchup in his career. 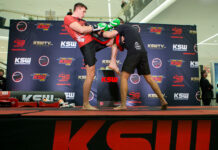 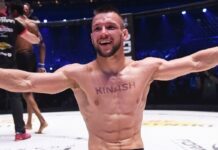 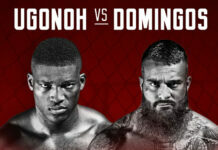