We’re going to take a look at the top ten fighters in BKFC. Bare Knuckle Fighting Championship has been gaining popularity. Its fast-paced action accompanied by its hard-hitting talent makes for an enjoyable endeavor to watch. Considering the bare-knuckle promotion lacks a  “Pound-for-Pound” ranking, these are BKFC’s top ten athletes.

Bobby Gunn, an accomplished professional boxer, joined BKFC at BKFC 1: The Beginning. He defeated Irineu Beato Costa Jr. via knockout in the very first round. Outside of his professional career, Gunn claims to have a perfect 73-0 ‘underground’ bare-knuckle record.

The “Hitman” is a new face to the bare-knuckle scene. He made his debut on July 24th at BKFC 11 where he defeated Will Chope. The 38-year old earned his second bare-knuckle victory less than two months later with a unanimous decision nod over Tom Shoaff.

“Lights Out” earned his nickname far before his bare-knuckle debut at BKB 9 where he finished Lewis Gallant. The accomplished MMA star earned his last bare-knuckle victory at BKFC 4 where he defeated JC Llamas by unanimous decision.

Shewmaker earned a highlight of the ages when he knocked out Eric Prindle at BKFC 1. Shewmaker was scheduled to fight Josh Burns on October 10th, but the fight was canceled.

The former WEC middleweight champion made his bare-knuckle debut at BKB 4 where he defeated Christian Evans in London, England. In his most recent bout, “Diesel” battled Walber Barros in a five-round draw.

“The Beast” from New York has been dominant since his bare-knuckle debut in 2019. The former UFC featherweight earned his last bare-knuckle victory at BKFC 10 where he defeated Kaleb Harris via unanimous decision.

At BKFC 9, Beltran won the BKFC Heavyweight Championship as he defeated Chase Sherman via unanimous decision. On October 10th, the “Mexicutioner” knocked out Marcel Stamps to retain his heavyweight title.

Johnny “Brutal” Bedford had perhaps one of the most exciting BKFC bouts to date when he faced off with Charles “Krazy Horse” Bennett at BKFC 9. The hard-hitting Texan has displayed a heart of a lion as he’s fought wars with Reggie Barnett Jr. and Matt Murphy. 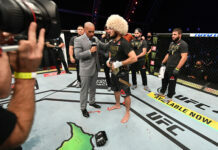 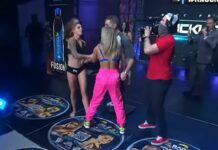 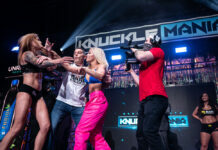