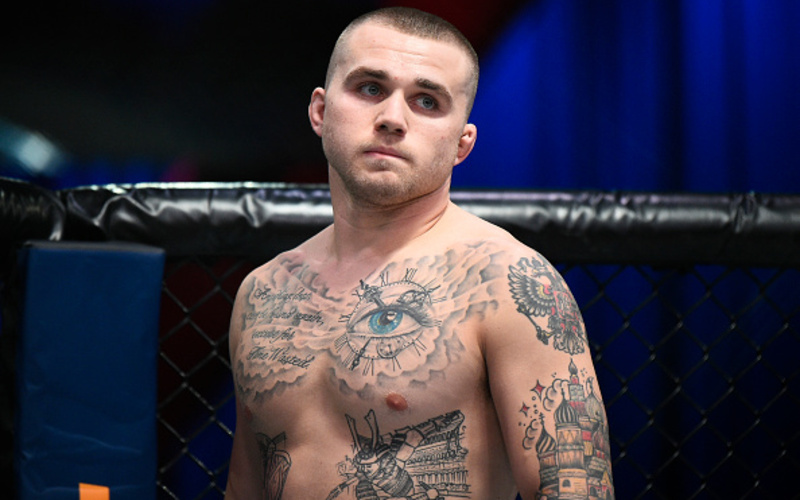 As the return of The Ultimate Fighter draws nearer and nearer, fans are eagerly awaiting an announcement from the UFC about further details about the upcoming season, TUF 29. The show will be at the UFC Apex for the first time in the show’s history, as well as the first season to air on ESPN. Another interesting thing fans will be watching for is how COVID-19 affects the show.

So far, the fans only know that the show will feature fighters from the middleweight and bantamweight divisions. The fighters must have at least three professional fights and be between ages 21-35. As everyone awaits the official announcement, this article is the first of a three-part series that will serve to prime fans on potential names be on the lookout for. First up are middleweight fighters that could become cast members on the show.

Fighting Out Of: Chico, California

On the last episode of this past season’s Dana White Contender Series, UFC president Dana White was impressed by the performance of Nick Maximov. Maximov overcame a massive weight disadvantage to defeat the aforementioned Cota at heavyweight. After the fight, he announced his intention to move down two weight classes for the foreseeable future. Although White did not offer him a UFC contract, he did offer Maximov a spot on the TUF 29 cast. While it has not been made official, it can be assumed that we will see him on the show. The Submission Underground, LFA, and King of the Cage vet will surely be one to watch, proving to live up to the allure fans expect of Diaz Academy fighters.

Was it enough to impress the Boss?

Fighting Out Of: Fresno, California

Former Bellator contender and 2012 NCAA Wrestling runner-up Chris Honeycutt is a free agent currently. He has a resume that could easily put him in the UFC already. “The Cutt” Honeycutt would likely be one of the favorites to win the show based on his past work. His mix of explosiveness and athleticism make it a tough night out for any opponent on any night.

#SloMoMonday: Not sure what's more impressive, the slam or the backflip? You be the judge @ChrisTheCutt #Bellator140 pic.twitter.com/OFrqyYkeRF

Fighting Out Of: Swords, Dublin, Ireland

Former Cage Warriors champion James Webb is one of the top prospects from across the pond. A large portion of the UFC’s fighters from the UK and Ireland have fought for that organization, and Webb has excelled there. He is a very talented grappler with a penchant for finishes that would be a threat to anyone he would see on the show.

In our main event last night, James Webb closed out #CW99 with a KO in Colchester 🎬

A huge win for the hometown hero 👏 pic.twitter.com/R65qTCsXgc

One of the top prospects coming out of Canada, Aaron Jeffery is rumored to have tried out for the show. Despite the slip up to Allen last year on the Contender Series, he is still on the UFC’s radar. TUF would be a perfect opportunity for Jeffery and his impeccable mullet/mustache combo to break down the doors towards a UFC contract.

A training partner of former UFC middleweight champion and current top contender Robert Whittaker, Isi Fitikefu is already in the UFC’s good graces. At the UFC 254 weigh ins, “Doxz” Fitikefu shocked many in attendance by weighing in as a backup fighter for the oft-cursed fight between Magomed Ankalaev and Ion Cutelaba. Since then, there has been no word on whether he has been signed to a UFC contract. One of the top Australian prospects, the UFC could easily give Fitikefu a “thank you” for his readiness that day by offering him a spot on the show.

Isi Fitikefu completely dominates Kitt Campbell on the way to a decision win. He retains his middleweight strap with a huge show of support here in Melbourne. #Eternal48 pic.twitter.com/1sfQeIqn9C

Fighting Out Of: Quebec, Canada

Having just debuted in August 2018, Yohan Lainesse is still a relative newcomer to MMA. His most recent win, a KO of the Year candidate, however, has given “White Lion” Lainesse a bevy of momentum. Given that momentum in reputable organizations CFFC and TKO, he could easily be a dark horse to find his way onto the show.

Fighting Out Of: Las Vegas, Nevada

The Muay Thai coach for well-known gym Syndicate MMA, Johnny Parsons is making a name for himself as a fighter in his own right. He has quickly become a fan favorite at iKon Fighting Federation, where he has quickly taken out both of his opponents with strikes. “The Paradox” Parsons is a prime candidate for the TUF house as a highly-touted prospect already living in the UFC’s home city of Las Vegas.

Fighting Out Of: Pittsburgh, Pennsylvania

Josh Fremd‘s last fight was on the same LFA card that Aaron Jeffery headlined. That is easily a fight that LFA could make, but with Jeffery’s confirmed tryout and Fremd’s confirmed interest in joining the show, that is a fight that could easily happen at the UFC Apex. Fremd is a promising prospect that is quickly rising through the regional circuit, and he deserves a chance to display his skills on the big stage.

Josh Fremd puts a quick halt to this one!#LFA93 pic.twitter.com/AF9Z7KP6Mu