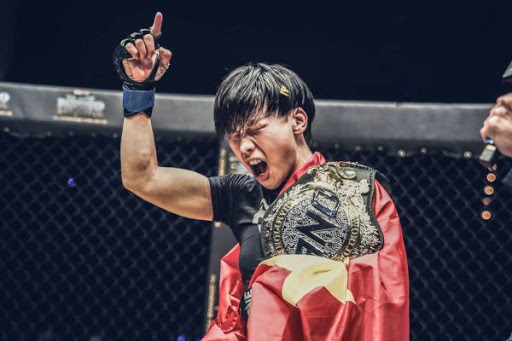 ONE Championship will hand over matchmaking powers to its global fanbase following the ONE Atomweight World Grand Prix quarterfinals on Friday, September 3, at ONE: Empower.

In an announcement on Thursday, ONE proclaimed that the fans would have the power to vote on the matchups they want to see for the semifinals.

The online vote will take place on the onefc.com website for one week, from September 3 to September 10.

The quarterfinal matchups, part of the historic all-women’s event on Friday, features the top contenders vying for a shot at “Unstoppable” Angela Lee and the ONE Atomweight World Championship.

Itsuki Hirata vs. Alyse Anderson will be the first quarterfinal of the evening and will mark the debut of the American on the global stage. Following the action, #2-ranked atomweight contender Meng Bo takes on India’s Ritu Phogat.

Heated rivals Stamp Fairtex and Alyona Rassohyna meet to settle their score in the third quarterfinal matchup. The two warriors met earlier in 2021, with Rassohyna grabbing a last-second guillotine submission finish in a match Stamp was in complete control.

Those are the four matchups, and without a firm bracket in place, the fans gain control to match up the winners. This should add a little spark for fans tuning in as they now have a lot of power for how the tournament could play out with exciting semifinal matchups.

The matchups decided on by the fans will be announced on September 24 during the ONE: Revolution event.