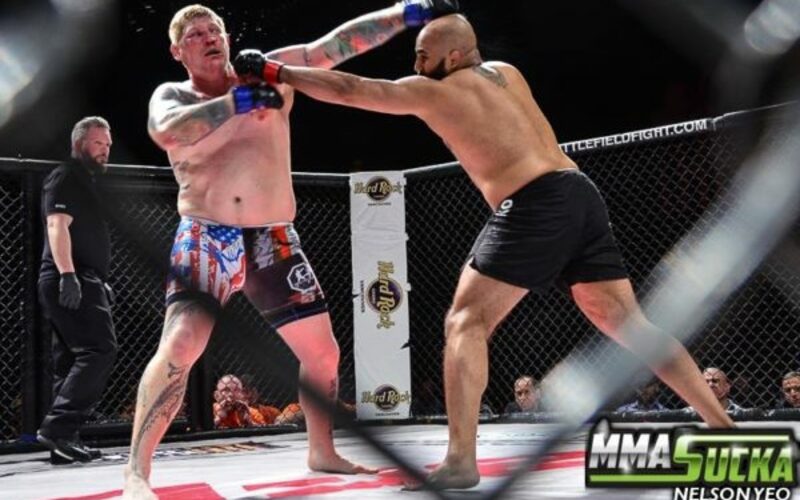 It wasn’t an overnight success for Bhullar. 2014 may have been the heavyweight’s amateur debut, but it was a two-year process for him to make that debut. Bhullar made the trek to Montreal’s Tristar gym to make sure he could hang with some of the best in the world and that he could.

He won his amateur debut at BFL 32 against Josh Morgan and immediately turned pro.

The 30-year-old is currently 6-0 in his professional career and has fought five times for Battlefield Fight League (Four Pro/One Amateur.) In his BFL professional debut, Bhullar took on former amateur champ Adam Santos and finished him with some serious ground and pound in the third round. 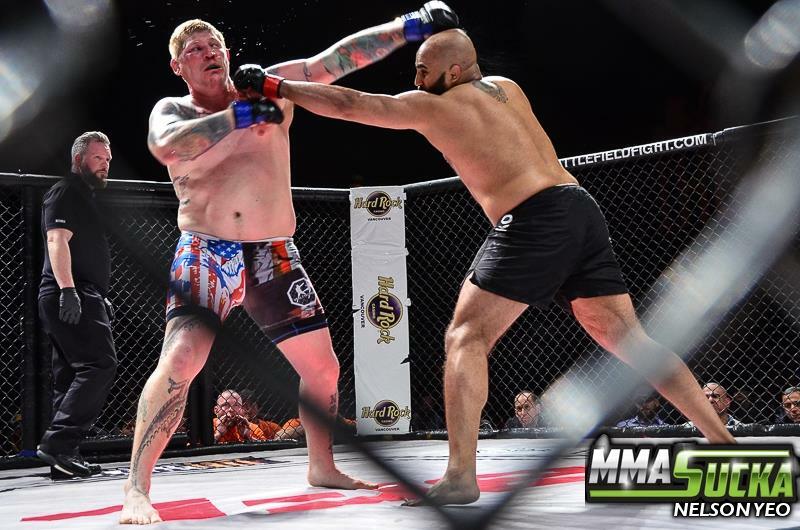 The Ryan’s MMA product went on to win the BFL heavyweight title in his sophomore outing, when he knocked out Blake Nash at BFL 39 in October 2015. He has defended that title once and fought a three round non-title fight most recently against a very game veteran Joe Yager. This was arguably Bhullar’s most complete outing. He showed his improved standup game and footwork. The fight went the distance, but Bhullar proved that he is one of the best heavyweight’s outside the UFC Octagon.

Bhullar trains his MMA with Adam Ryan at Ryan’s MMA in Richmond, B.C. and his boxing with fellow Olympian Manny Sobral. The heavyweight prospect also makes the trek to San Jose, California to get training in with American Kickboxing Academy, with the likes of former UFC heavyweight champ Cain Velasquez and current UFC light heavyweight champion Daniel Cormier.

It seems like the sky is the limit for Bhullar and it’s very exciting to see.