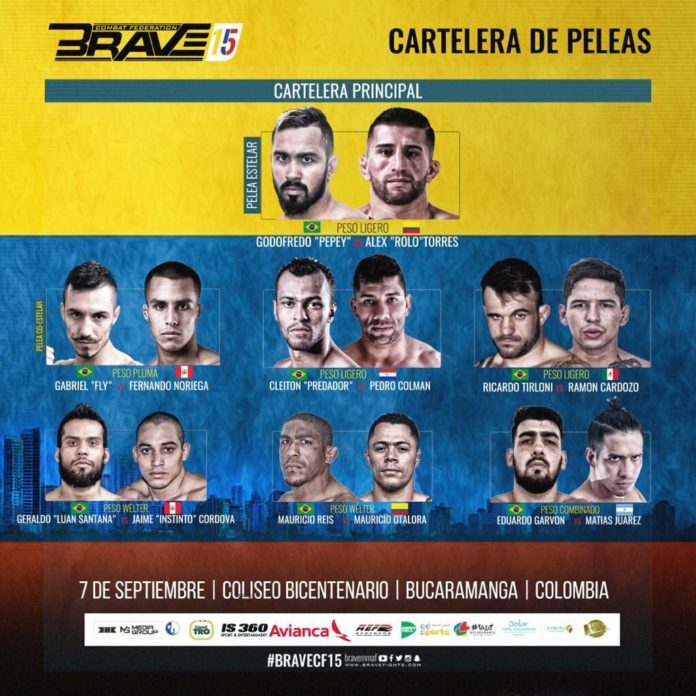 Brave Combat Federation has revealed the full fight card for Brave 15, which takes place on September 7, live from the Coliseo Bicentenario in Bucaramanga, Colombia.

Brave 15 will mark the organization’s first event taking place in South America – in a nation other than Brazil, of course. The main event will feature Colombia’s own Alex “Rolo” Torres taking on Brazilian UFC-veteran Godofredo “Pepey” Castro at lightweight.

Colombia, Peru, and Paraguay will be represented for the first time in Brave Combat Federation at Brave 15!