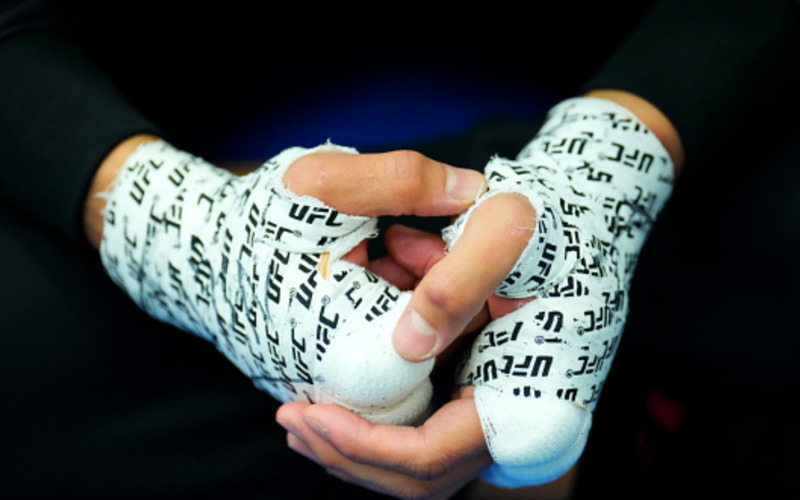 Three bantamweight bangers have been announced, of which all have ranked implications. Firstly, we have Said Nurmagomedov taking Jonathan Martinez on March 11th at UFC Vegas 71. Carlos Contreras Legaspi first reported this. Next, we have Pedro Munhoz clashing with Chris Gutierrez on April 15th, again reported by Legaspi. Finally, we have Song YaDong taking on Ricky Simon on April 22nd, which was reported by Marcel Dorff.

17-2 Nurmagomedov is ranked #14 in the bantamweight division and is on the cusp of a big year. He’s enjoying a four-fight winning run and is 11-1 in his last 12 fights. In his last four fights, he’s recorded three finishes, including an impressive submission over Cody Stamann. Since then, he’s gone 15 minutes with Douglas Silva de Andrade before submitting Saidyokub Kakhramonov via guillotine.

Martinez holds a similar record of 17-4. He’s enjoying a four-fight-winning run also. Three decisions and a TKO finish of Cub Swanson last time out means that Martinez enters this one with a lot of confidence. With a win here, Martinez could take Nurmagomedov’s ranking and set himself up for a big second half of 2023.

A scrap between Pedro Munhoz and Chris Gutierrez makes a lot of sense. Unfortunately for Munhoz, he’s seen as a gatekeeper to the top 5 at 135lbs. If you can’t get pat Munhoz, there’s little chance you’ll make a title run. He’s faced some of the best names at 135lbs, the champion, Aljamain Sterling, Jose Aldo, Dominick Cruz and Sean O’Malley to name just a few. He’s coming off a no-contest against O’Malley due to an eye poke, but it was a fight he was comfortable in and possibly on his way to victory.

Gutierrez played the bad guy last time out as he was matched with Frankie Edgar in what was The Answer‘s retirement bout. Luckily for Gutierrez, he was able to get the victory on this occasion and did so in a brutal fashion. A knee to Edgar sent him into retirement and secured El Guapo a ranking of #12 in the bantamweight division. Gutierrez will be looking to extend his undefeated run to nine on April 15th.

Arguably the best match-up of the three, Song Yadong looks to bounce back from his loss to Cory Sandhagen as he takes on the in-form, Ricky Simon. Yadong headlined last time out against Sandhagen however, was on the wrong end of a doctor’s stoppage as a result of a nasty cut sustained during the fight.

Prior to this loss, YaDong was on a three-fight undefeated run, knocking off Casey Kenny and then finishing both Julio Arce and Marlon Moraes via TKO/KO. At just 25, YaDong has a huge future ahead of him but losing in this one will force him to go back to the drawing board.
Simon is enjoying a rich run of form. Last time out he handed Jack Shore his first professional loss. Prior to that, he also picked up big wins over Raphael Assuncao, Brian Kelleher, Geatano Pirrello and Ray Borg. It’s also worth remembering that he holds a victory over top contender, Merab Dvalishvili, a top contender in the division.
Ranked #10, Simon will be looking to take YaDong’s #8 spot and look to make a run at the top 5 later in the year.
Comment on this article
Give us feedback