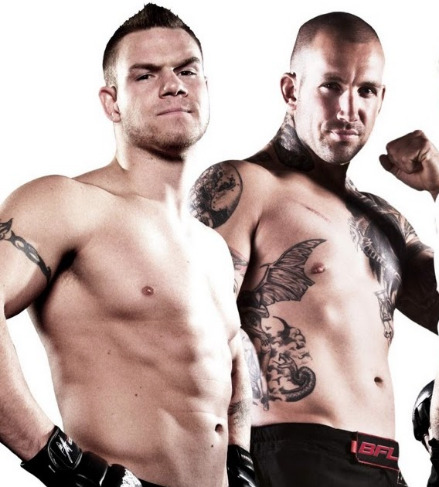 February 11, 2012 was the date that history was made. BFL 13 took place in Vernon, British Columbia and it was the first ever MMA event that aired live on Canadian television on The Fight Network.

The event had three titles on the line, two pro belts and an amateur one.

In the main event, Andrew Buckland took on Matt Baker for the vacant BFL middleweight championship. This bout was as exciting as the two names sound, and Buckland was able to force Baker to tap to a tight guillotine choke in the third round.

The vacant featherweight championship was up for grabs as well, as Graham Spencer took on Shawn Albrecht. This one as well was uber exciting. Spencer took home the gold, as he rear-naked choked Albrecht midway through round four.

Micah Brakefield put his amateur middleweight title on the line against Ryan Allen and just 2:12 into the very first round, the man known as ‘Mitey’ landed what has since become a trademark flying triangle to keep the belt around his waist.

Former UFC welterweight, Matt Dwyer was also featured on the card, as he knocked out Mark Dobie in the first round of their bout.

Fans that viewed the event live on The Fight Network were treated to quite the show. Not only were the titles on the line, but BFL dedicated the event to the late Shawn ‘The Coach’ Tompkins.