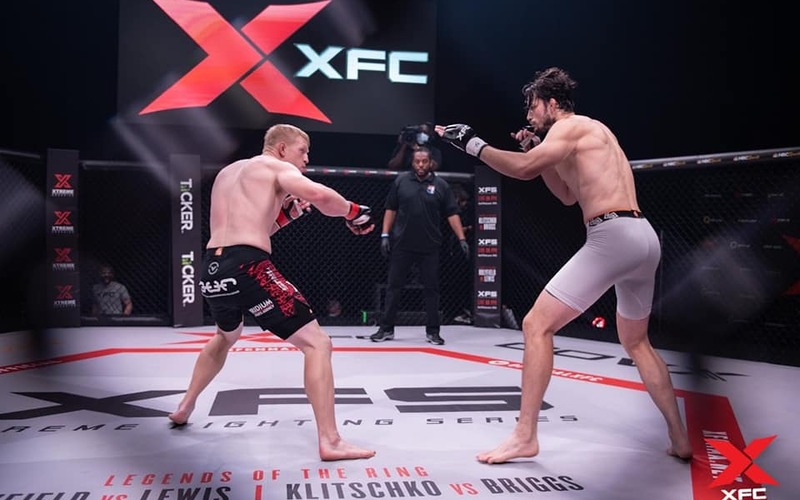 The UFC has proudly been the torch-bearer for not just MMA promotions, but all sports in returning to action during the COVID-19 pandemic. Many people who had never seen the sport prior to the pandemic have become fans and are looking for more MMA content. While all of MMA is blowing up as a result, certain MMA promotions have grown more than others. Below are six MMA promotions that are rapidly making a name for themselves.

MMA Promotions on the Rise

After taking last season off due to COVID-19, the Professional Fighter’s League is setting up for a big comeback in 2021. The only major MMA organization with a “season” format, PFL has revamped its roster with a combination of prospects and former champions. Former Bellator welterweight champion Rory MacDonald signed with the organization prior to the cancelled 2020 season, while former UFC heavyweight champion Fabricio Werdum and former UFC lightweight champion Anthony Pettis signed late last year.

Four years after closing its doors, XFC returned with a vengeance in the last quarter of 2020. Its return featured a major revamping, including becoming MMA’s only publicly traded organization and its three-part fighting series, as exhibited at its return event XFC 43. XFC 43 featured Young Guns fights, which sets the organization up to develop stars organically. The Tournament and Superfight series can do the same, but also includes fighters who are already well-known in the MMA community.

XFC’s next event is set to be a showcase for its Young Guns series, with more events to be announced soon. The organization has some unique things going for them; things that are as unique as a custom essay order or Write an Essay for Me. Nonetheless, fight fans are excited to see what is to come for XFC.

iKON Fighting Federation is the newest of the MMA promotions on the list. The organization is affiliated with Roy Jones Jr. Boxing Promotions, both of which air on UFC Fight Pass. iKON FF held its first event last September, and held events every month through the end of the year. The last three events were held in Mexico, and has seemed to want to develop Latin American talent. The biggest prospect for the organization at the moment, however, is Bella Mir. The 18 year old daughter of former UFC heavyweight champion Frank Mir has looked impressive in her two professional appearances, even headlining the organization’s most recent event.

iKON is set to return on March 6 with iKON 5, where fan favorite Jason Knight is set to make his MMA return. Given the success its had in just a few months, expect iKON to continue to build on it in the coming year and years to coming, potentially becoming one of North America’s premier MMA promotions.

Eagle Fighting Championship has gotten a boost in notoriety as of late. In December, UFC lightweight champion Khabib Nurmagomedov purchased the organization and gave it the name that it is now known by. While the organization does not have as much in-house talent as other organizations, it is already in talks with the UFC to build a partnership. Given Nurmagomedov’s excellent relationship with UFC president Dana White, EFC has great potential to get off the ground quickly with their vast amount of combined resources.

EFC has held two solo events since the Nurmagomedov purchase, both in Russia. Their most recent event was a co-promotion with UAE Warriors in Abu Dhabi, and was in part a memorial event for the patriarch of the Nurmagomedov family, the late Abdulmanap Nurmagomedov. Moreover, “The Eagle” and White held a high profile private meeting during the event. While the released details of the meeting is regarding Nurmagomedov’s return to the Octagon, it can be a safe bet to assume that an EFC/UFC partnership was discussed as well. More news on that is likely to come with the organization’s next event, set to take place on February 9.

Taura MMA may be the first of all of Brazil’s MMA promotions to get significant viewership around the world. Its most recent event, Taura 11, took place in Kissimmee, Florida, and aired on the FOX Sports family of networks. The organization has several household names under contract, including Daron Cruickshank, Sergio Moraes, Efrain Escudero, Rousimar Palhares, and former UFC bantamweight champion Renan Barao. Although its last two scheduled events were cancelled due COVID-19, it stock had vastly improved over the course of the year. Its return event has yet to be announced, but look for it to rebound quickly when that announcement does come.

With the UFC’s Fight Island being in the United Arab Emirates, there has been an increasing interest in the Middle East fight scene. Brave CF is a Bahrain-based organization that is, for the moment, one of the top MMA promotions in the region. Like others on the list, Brave features a balance of household names and blue-chip prospects. While featuring fighters like former UFC flyweight title challenger Ali Bagautinov, Jose Torres, Zach Makovsky, Lucas Martins, and Medhi Baghdad, it has also been the home for Muhammad Mokaev, possibly the best prospect in MMA right now. Much like the WEC, Brave caters to the lighter weight classes, only going up to middleweight.